Harry Feril is a native of Dallas and a graduate of Southern Methodist University Meadows School of the Arts in Dance Performance. He is also a proud alumnus of Booker T. Washington High School for the Performing and Visual Arts in Dance. At both schools, Feril performed in many distinguished works created by renowned choreographers/companies such as Robert Battle, Pilobolus, Troy Powell, Jessica Lang, and the SMU and BTWHSPVA faculties. While in high school he performed in Westside Story the musical at Lyric stage, staged by Grover Dale, Feril played the role of Diesel. While in high school and college he also was cast in both a Chili’s and Chuck-E-Cheese TV commercials. As a guest artist, he has performed with the Dallas Metropolitan Ballet, Young choreographers Showcase in NYC, Dallas Repertoire Ballet. He has been dancing with the Bruce Wood Dance Project since Season 1, 2011, where he was able to dance with the company internationally in Seoul, South Korea. Feril has also toured as a dancer/choreographer for the Mary Kay Conventions for 6 years.

Amy Leonall grew up in Charlotte, North Carolina and has been dancing since the age of 2. She attended Miller Street Dance Academy for sixteen years where she competed on the competition team for 12 years before graduating. During her competition years she obtained the title of Miss Dance of North Carolina and was a finalist at Miss Dance of America. She attended Oklahoma City University as a Dance Performance major and there performed in numerous shows with lead roles and with established choreographers as a member of the American Spirit Dance Company. Also while at school, she was on the prestigious Pep Dancers all four years and was the Director her senior year. She has performed with Larrwell Productions at the Mary Kay National Seminars for two summers, where she was Dance and Vocal Captain. She also performed for the Sally Beauty Supply National Seminars in Dallas, TX. She graduated with a Bachelors of Performing Arts in Dance Performance from OCU and decided to make a big move to Texas where she would try out to be a Dallas Cowboys Cheerleader. She ended up making the team and loves being able to call Dallas her new home. She thoroughly enjoys being a DCC and all the opportunities it brings and is excited for her second season this year as a Veteran on the team with the Cowboys. In addition to dancing she is a Pure Barre Instructor as well, and loves teaching workout classes during the day and staying in shape. Her best advice is to simply go confidently in the direction of your aspirations and constantly push yourself to live the life and be the person you always have dreamed of. She is beyond thrilled to work alongside Harry and the team in the development of Eminence Dance Complex, and looks forward to seeing all the students conquer their dreams and becoming a part of the EDC Family!

Sarah Idziak has been dancing for 30 years. She spent her childhood years in the studio, at conventions, competitions, and working as an assistant teacher. In high school she was a member of the L.D. Bell Raiderettes, and served as Captain senior year. Her time on drill team lead to a job working for HTEDance, teaching camps and workshops for ten years. She has done award winning choreography for dance teams across Texas, also serving as a judge for competitions and try outs, and has repeatedly served as a presenter at the Drill Team Directors of America Convention speaking in the area of technique and teaching master classes. She was also the original director for the Frisco Texas Tornado Siren Dancers, and spent a year as assistant director for the Liberty Christian School Danzteam.

After college, she became a Dallas Cowboys Cheerleader from 2005-2010, serving as a group leader for 3 years. In that time she performed with artists such as Jason Aldean, The Jonas Brothers, Carrie Underwood, Kelly Clarkson, Sheryl Crow, Daughtry, Neal McCoy and more. She was a member of their prestigious traveling Show Group. Performances with the USO, and more, took her to places such as: Mexico, the Bahamas, Puerto Rico, Cuba, England, Belgium, The Netherlands, Germany, South Korea, Japan, China, Kuwait and Iraq. Traveling the world to dance was absolutely a life changing experience. On top of all that she has had the opportunity to work in radio, T.V., and movies. She has danced in the movies Tekken, and Disney’s Invincible. She has performed at the CMT music awards, the NBA All star game, appeared on the Today show, Good Morning America, Good Day live, Good Morning Texas, House Hunters, Wife Swap, Are You Smarter than a Fifth Grader?, and four seasons of CMT’s Making the Team. She continues to do work for the Cowboys as an alumni and has had the honor of instructing tryout prep classes. She continues her professional career performing in industrials and performances in the DFW area. Sarah is currently working as the assistant choreographer/performer for the Gateway Church Performing Arts group and has helped choreograph three musicals for this amazing church.

Sarah loves that she has spent 14 years teaching in the competitive dance world. First and foremost her greatest joy in life is being a wife to her husband Paul, and mother to their two beautiful children, Piper and Roman. She feels blessed to be able to teach incredible students and work with an amazing faculty.

Chelsea Royse has been dancing for over 20 years, with extensive experience in ballet, jazz, lyrical, hip-hop and drill team.

While growing up in the competition world, Chelsea was a member of award winning dance companies, and received several convention scholarships and top solo and group awards. She had the opportunity to study under several big names in the dance industry. In high school, she was a member of the Trinity Troy-Ann drill team, and served as a two-year officer.

Chelsea attended the University of North Texas and received her B.A in Journalism, with an emphasis on photojournalism. While at North Texas, Chelsea continued her dance education, taking ballet, modern and jazz classes, as well as taking outside dance classes.

After high school, Chelsea knew that she wanted to focus on teaching and choreographing instead of performing. Over the past ten years, Chelsea has taught at several area studios, working with their competitive teams. She was the choreographer for the Colleyville Middle School Stars dance team, and has choreographed for several other local high school drill teams, winning numerous choreography awards in the process. She has also served as a judge and advisor for area drill teams.

Chelsea believes that technique and artistry are the most important aspects of dance, and tries to instill that balance in all of her students. Dance has been one of the biggest blessings in her life, and passing the love of dance to children is one of her greatest joys. Chelsea is thrilled to be an original member of the Eminence Dance Complex staff, and is so excited to meet all the new dancers joining the EDC family.

Lea Zablocki is originally from northern New Jersey. She has had most of her ballet training from Master Gabriella Darvash, as well as the Joffrey Ballet School in NYC. She has danced with various classical and contemporary companies such as Metropolitan Classical Ballet, Dayton Ballet, Roxey Ballet, and Repertory Dance Theatre. Some of her favorite repertory includes principal and leading roles in Scheherazade, Paquita, Bolero, Gaite Parisienne, Le Train Bleu, Walpurgis Night, Les Sylphide, Christopher Fleming’s The 3 Musketeers, Septime Webre’s Peter Pan, as well as versions of Dracula, Othello, and too many Nutcrackers to remember. A number of ballets have been choreographed for Lea including the Firebird, Formation and the full length ballet Kaguya Hime with Dallas Neo-Classical Ballet. Lea is also currently a freelance artist with Mejia Ballet International, Contemporary Ballet Dallas, as well as other companies in the DFW area. 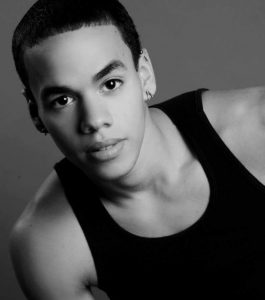 ALBERT DRAKE was born in Houston and came to Dallas as a BFA student in Dance Performance at SMU Meadows School of the Arts. As a founding member of BWDP, he has been featured in 19 of Bruce Wood’s works. One of his favorite experiences was performing in Wood’s world premiere, Hide Me Angel, commissioned by TITAS for the 2014 Command Performance. Drake also has danced with the Dallas Metropolitan Ballet, Chamberlain School of Performing Arts, Collin County Ballet Theatre, and Dallas Repertoire Ballet. He has restaged four works from Wood’s repertoire, and is an emerging choreographer. He was an artist-in-residence for the Dance Council’s 2014 and 2015 Youth Dance Company, creating a work for 70+ middle and high school students. He is currently an adjunct professor at SMU. Drake created his first world premiere, Whispers, for BWDP’s 5YEARS celebration in June 2015. Drake is excited to be apart of the EDC family and to help push young artist to the next level.